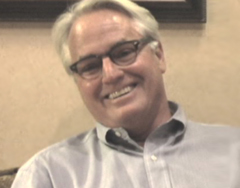 Scott Williamson’s hunter experience ranges from rider and trainer of many championship hunters to his role as a USEF judge at all of the top horse shows in the United States and Canada. Scott’s judging credentials include the ASPCA Maclay Finals four times, the National Horse Show four times and the Washington International three times. Twice he has judged at Capital Challenge and three times at the Devon Horse Show. Mr. Williamson has been on the judging panel of the International Hunter Derby Finals.